This in-depth series provides an overview of the covenants HaShem made with Israel and how through them he gradually revealed His specific plan of salvation – all pointing to Messiah Yeshua. Also explained are several passages of Scripture that are commonly thought of as covenants but don’t actually fit the biblical description. This series, delivered […]

The Intro to Torah Living series is a perfect primer for someone new to the Messianic Torah lifestyle. Covering topics such as Shabbat, holy days, kosher, synagogue liturgy, rabbinic literature, and much more, there is something in there for everyone to learn. This series, delivered in September through November of 2012 at Beth Sar Shalom, […]

The Amidah (or Shemoneh Esrei, “Eighteen”) is one of the most well-known and central Jewish prayers in the siddur. Much of the prayer dates back to period of the Men of the Great Assembly in the 1st century BCE. Although liturgical prayer can be intimidating to some due to its formality, there is great benefit […] 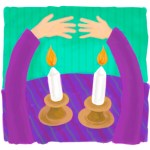 Remember the Sabbath day by keeping it holy. Six days you shall labor and do all your work, but the seventh day is a Sabbath to the L-RD your G-d. On if you shall not do any work, neither you, nor your son or daughter, nor your manservant or maidservant, nor your animals, nor the […] 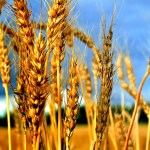 Leviticus 23:16-22 Deuteronomy 16:9-12 Acts 2 The Festival of Shavuot (Pentecost) is traditionally held as the anniversary of the giving of the Torah as well as the giving of the Holy Spirit. As part of the commemoration, the Ten Sayings (Commandments) are often read publicly in the Assembly on the Feast of Shavuot. According to […] 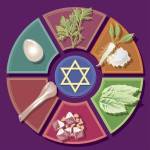 Then Moses said to the people, “Commemorate this day, the day you came out of Egypt, out of the land of slavery, because the L-RD brought you out of it with a mighty hand.” Shemot / Exodus 13:3. Passover is the story of a people – a people of destiny, called by G-d to be […] 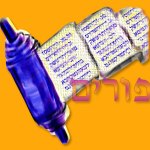 Trash Purim, the Feast of Lots, is observed on the fourteenth day of the Biblical month of Adar (usually February or March on the Gregorian calendar). This is a celebration of the deliverance of the Hebrew people in the Persian Empire over one of the most dastardly plots in history to exterminate them. The biblical […] 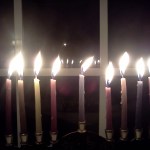 Mattathias and the Maccabees Chanukah originated over 150 years before Yeshua was born. The Hebrew people had fallen to hard times; a clear warning that their relationship with God was not well (see Deut 28). Israel’s enemies to the north attacked and took control of the Hebrew state. The invaders made it illegal to worship […] 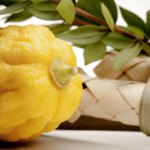 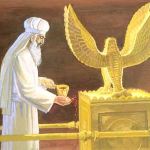 Purpose of the Sacrifices Believers know that Yeshua has provided our atonement. …for all have sinned and come short of the glory of God; being justified freely by his grace through the redemption that is in Messiah Yeshua. (Rom. 2:23-24)   God presented Him as a sacrifice of atonement, through faith in His blood. Yeshua’s […]

Search for Articles or Messages